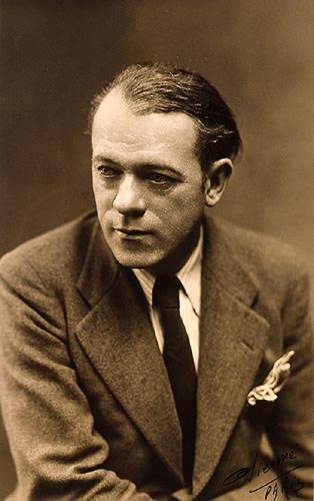 Portrait of Jean Dufy circa 1935

Jean Dufy was born in Le Havre in 1888, the seventh of eleven children. His father was an accountant in a metallurgy company as well as a talented amateur musician. We have very few visual and artistic tracks of Jean’s childhood in Le Havre, of his job as an itinerant clerk for an overseas import business, or of his stint as secretary on the transatlantic liner “La Savoie”, which linked Le Havre to New York.

It was nonetheless during this period that the painter cultivated his artistic sensibility by strolling around the Le Havre port and reading Baudelaire, Mallarmé, and Rimbaud. He then discovered Matisse, Derain, Marquet, and Picasso at the 1906 Le Havre exposition. Matisse’s “Fenêtre ouverte à Collioure”, with its dazzling light and violent, boisterous colors, showed Jean Dufy his true calling.

After his military service from 1910 to 1912, Jean moved to Paris and grew acquainted with Derain, Braque, Picasso, and Apollinaire. In his first watercolors, which were shown at the Berthe Weill gallery in 1914, muted tones and somber browns, blues, and reds mingle with the hatching technique he inherited from Cézanne by way of his brother Raoul Dufy.

Jean was drafted shortly after this first exposition. This did not stop him from painting and drawing the flowers, horses, and landscapes he discovered in places like Val-d’Ajol, in the Vosges region, where he was given medical treatment upon returning from the war.

In 1916, after briefly working with his brother for the textile painting studio of the famous Bianchini-Férier company in Lyon, Jean embarked upon what would become thirty years of decorating porcelain for Théodore Haviland in Limoges. His floral and animal-based designs earned him a gold medal at the 1925 International Exhibition of Decorative Arts for the “Châteaux de France” set.

Back in Paris in 1920, Jean settled in Montmartre, where Georges Braque was his neighbor. Amid this intense atmosphere of artistic ebullience, the artist’s knack for working with color became apparent through his use of patchworks of colorful squares and bold distributions of light as in “Nature morte à la tasse” (1921), where a white porcelain cup is the only illuminated subject. Successive expositions in Paris (Salon d’Automne at the Grand Palais des Champs-Elysées in 1920, 1923, 1924, 1927, and 1932, Galerie Bing in 1929) and New York (Balzac Galleries in 1930, Perls Galleries in 1938) put Jean in the public eye for the first time.

Two events in the postwar Parisian cultural scene decisively affected the artist’s career: the comedy “Le Bœuf sur le toit”, in 1920, which gave him the chance to meet the great French musicians of the era (Darius Milhaud, Georges Auric, Erik Satie, Francis Poulenc, Arthur Honegger); and “La Revue Nègre”, in 1925, which crystallized the marriage of color and music in his paintings that would lead to exceptional works of art. Jean’s interest in music inspired many depictions of pianists and orchestras, awash with analogous color schemes. Heads of musicians are drawn like whole notes on a staff, organ pipes are aligned like eighth notes, and harps are placed to evoke quarter rests. During the same period, Jean also paid homage to the Fratellini brothers in paintings of circuses and clowns that teem with the music and language of color, plays of light, and a penchant for the liberal use of white, usually for clowns, horses, and athletes. With its bold, colorful background in red, blue, black, and yellow and striking homage to white, “Le Cirque” (1927) represents the apotheosis of this style.

Over the following years, Jean’s stays in Le Havre gave rise to majestic works such as “Le quai Videcoq au Havre” (1929), which features a perfect harmony of colors. Honfleur, his mother’s birthplace, Villefranche-sur-Mer, which he began visiting in 1920, and the Limousin and Touraine regions, where he lived with his wife for part of the year, inspired other highlights of his oeuvre, featuring views of forests, valleys, and the Château du Lion, for example.

Jean devoted the years between 1950 and 1960 to travel, mostly in Europe (Italy, Greece, England, Ireland, Austria, Denmark, Sweden, the Netherlands, Spain, and Portugal) and North Africa. But he remained loyal to Paris and only Paris for 35 years, part of a long tradition that includes his contemporaries Aragon, Hemingway, and Prévert, who described the city, and Utrillo, Chagall, and Marquet, who painted it. In his oil paintings and watercolors, Jean Dufy chose to represent the city using a constantly evolving creative process dominated by a harmony of blue tones. For Jean, blue was an insatiable source of inspiration for the Gates of Paris, the streets, the horse-drawn carriages, the Eiffel Tower, the sky, and the Seine.

An internationally renowned painter with frequent expositions in Paris (Galerie Barreiro, Galerie Jos. Hessel, Galerie Drouand-David, etc.), the United States (the Georges de Braux Gallery in Philadelphia, James Vigeveno Galleries in Westwood Hills, Hammer Galleries and the Chase Gallery in New York), and with works displayed in the collections of the most prestigious European and American museums including the Musée national d’Art moderne, Centre Pompidou in Paris, the Albertina Museum in Vienna, the Art Institute of Chicago and the MoMA in New York, Jean Dufy passed away on the 12th of May, 1964, in La Boissière, a hamlet near the village of Boussay, two months after the death of his wife, Ismérie. 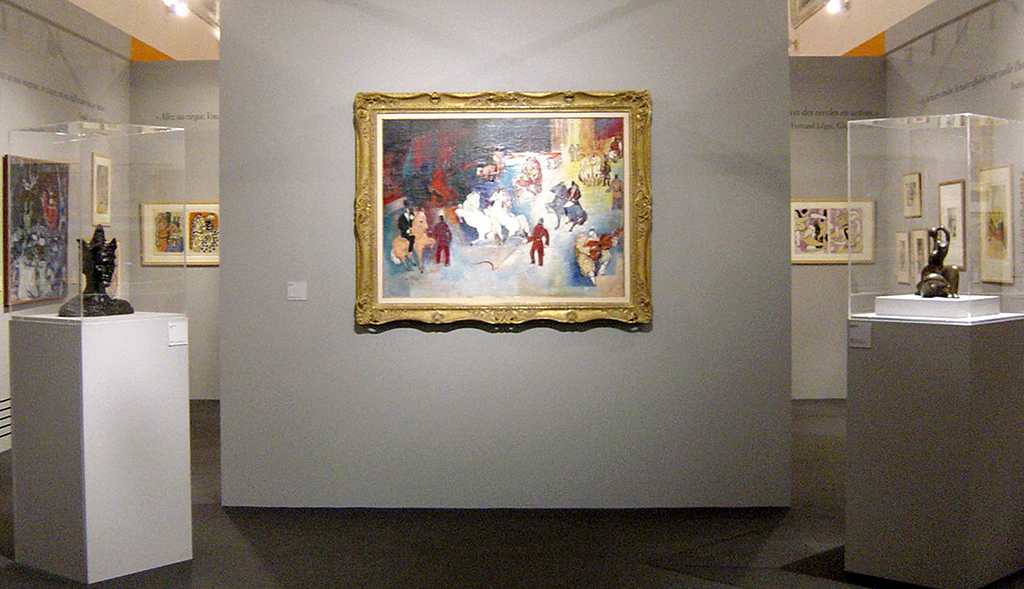 Foreground, from left to right:

Background, from left to right: